A Preview:
Book Three of the Wode

Marion rose before dawn, seeing to her demesne and the day’s events. Council first, then Court, then the King’s exit.
First thing, though, she had a meeting to attend.

Hugh de Neville, veteran of the siege of Jaffa, heir to several southern counties, chief forester to not only King John, but King Richard, was not a big man, though his power implied otherwise. Middling height, truly, with the shoulders and thighs of a lifetime horseman and a mane of thick, gilt hair suggesting more than a few Gaulish forebears. Of an age with Marion, de Neville nevertheless seemed older, canny as any Celt trader—and as vicious, when it suited him.
He’d come with the King and asked, most courteously, for a room central and large enough in which he could do business. Marion had given him this room—off the Great Hall and central, to be sure. More important, one which assured he could be watched.

Her superior he might be, but she trusted the man about as far as she could pitch him. Even with an archer’s arm.

He’d approached her at last night’s banquet and asked for “my lady Keeper’s presence upon the morn”. So she’d sent David on first, as Tickhill’s seneschal delivering a statement: Tickhill’s lady would not be snapped to heel like a mere lackey. Garbed neat and elegant, keys heavy at her belt, Marion made her arrival as the bells rang in St. Nicholas’ chapel.

David gave her a dip of head—nothing untoward, it seemed—and retreated to stand just inside the door. Marion inquired as to de Neville’s situation and comfort, all the while making it plain: he stood as guest to not only her place, but her husband’s successful fiefdom.

“My lady, your hospitality is as legendary as your household.” First volley, giving due notice of the notorious background surrounding Tickhill’s lady.

David shifted by the door, hands upon his belt, expression thunderous.

A cool one, de Neville; he didn’t so much as glance that way. “Your man’s diligence does you credit, milady Keeper, and I ask that both of you kindly receive my regards, and give them to your foresters in turn. Sherwood and the Peak remain well stocked, and as peaceable as we could hope for in such times.” He bent over the table set up beneath twin tapestries—one of St George, the other the Dragon—and stubbed a beringed finger at a parchment over which his clerk hunched with quill and inkpot. “Et dominus, you fool.” It scorched, yet de Neville didn’t raise his voice—or change his expression, which rarely amended itself from a bland, fixed courtesy.

Had Crusade schooled such control? De Neville and Gamelyn had been amongst those rare few who’d fought and survived both Acre and Jaffa; despite such, they remained the most distant of acquaintances, would share an occasional drink yet no reminiscence.

Of course, Gamelyn had once said the ones who’d actually seen battle rarely wished to reconjure it. Only the aged soldiers gave open memorial to past manifestations, the reality softened, mayhap.

Or mayhap the sharpness sought, to reconnect with a life passing all too quickly.

“Although,” de Neville turned his attention back to her, “there is a matter which concerns me, regarding Sherwood in particular.”

Marion clasped her hands over the peacock fan hanging at her belt—the same one, albeit with some replaced feathers, that Queen Eleanor had gifted her—and tilted her head. Said, smooth as cream, “Sherwood?”

“There are rumours that poachers have been encroaching into the King’s park at Clipstone.” De Neville’s eyebrows arced, ever so slight. “Your jurisdiction, Lady Marion.”

“Rumours are not fact, my lord.” It had taken time, and effort, but Marion could tilt her voice posh as any noble’s, did she have the need.

“In my experience, there is seldom smoke without fire, preceding or in the afters. And other rumours go even farther afield.”

This time, de Neville deigned to notice, a tiny flicker of gaze to the door then back to Marion. “The people seem unrestful. There are tales of another hooded man roaming the forest.”

“Tales, milord, are just that.”

“But these rumours are tied to the poaching incidents. Several villagers have confessed how others in their midst have received gifts.”

Confessed. Some, then, had broken faith. Unease tickled the back of Marion’s throat. “Gifts?”

“My lord, surely you can’t blame people for taking in food that appears on their stoop!”

“I could, but there’d be no point, would there? At any rate, cattle are witless; ‘tis the one responsible as matters. It frets me, my lady. So I appeal to you for understanding. After all, considering your previous existence—”

“—I would hope you’d have some feelings about this character.”

She met de Neville’s gaze. His brown eyes flickered, but did not drop. She had to be satisfied with that. “My lord, I feel for anyone who has to watch their children go hungry. I’m sure you have reports of the various—and lawful—ways I go about easing my tenants’ plight in times of need.”

“It speaks to your management, truly, that you keep your people so well fed. Of course, when one has lived certain realities” —a shrug— “it is difficult to stay detached.”

Crofter’s daughter. Peasant. Again and aye, but he was well prepared to put her in her place, wasn’t he?

It spoke to his discomfort with her other, former place. And beneath that lay other assumptions.

“My lord de Neville. When you have proof of any rumours, kindly send such on to me. Rest assured I shall deal with it.” Marion’s smile merely edged the words tight. “You have no reason to suspect otherwise, or that I shall do any less than I have done regarding any offences in the forests over which I am Keeper. And better, I might remind, than my lord’s foresters, as my brother, rest him, outwitted those for years.”

“Not to mention our father, who were forester to the North when you were a wean toddling across a polished castle floor.”

“My grandfather,” de Neville answered, just as edged, “was head forester when your ancestors were squatting in a hovel scraped together from mud and shit, squabbling over mouldy roots.”

Right, then. “Take care, my lord, with your scorn. Lest I slip one of those… mouldy roots into your drink some evening.”

He paled—slight but there. Unlike most of the few lords allowed to playact with the old ways, finding excuse in them for debauchery and excess…
This one had been at Nottingham, when the Wild Hunt rode. Had heard it howling in his nightmares.

“I will do my best,” Marion assured him, “to curtail lawlessness in my forest. One thing I can assure you: this man, whoever he is, is not Robyn Hood.” 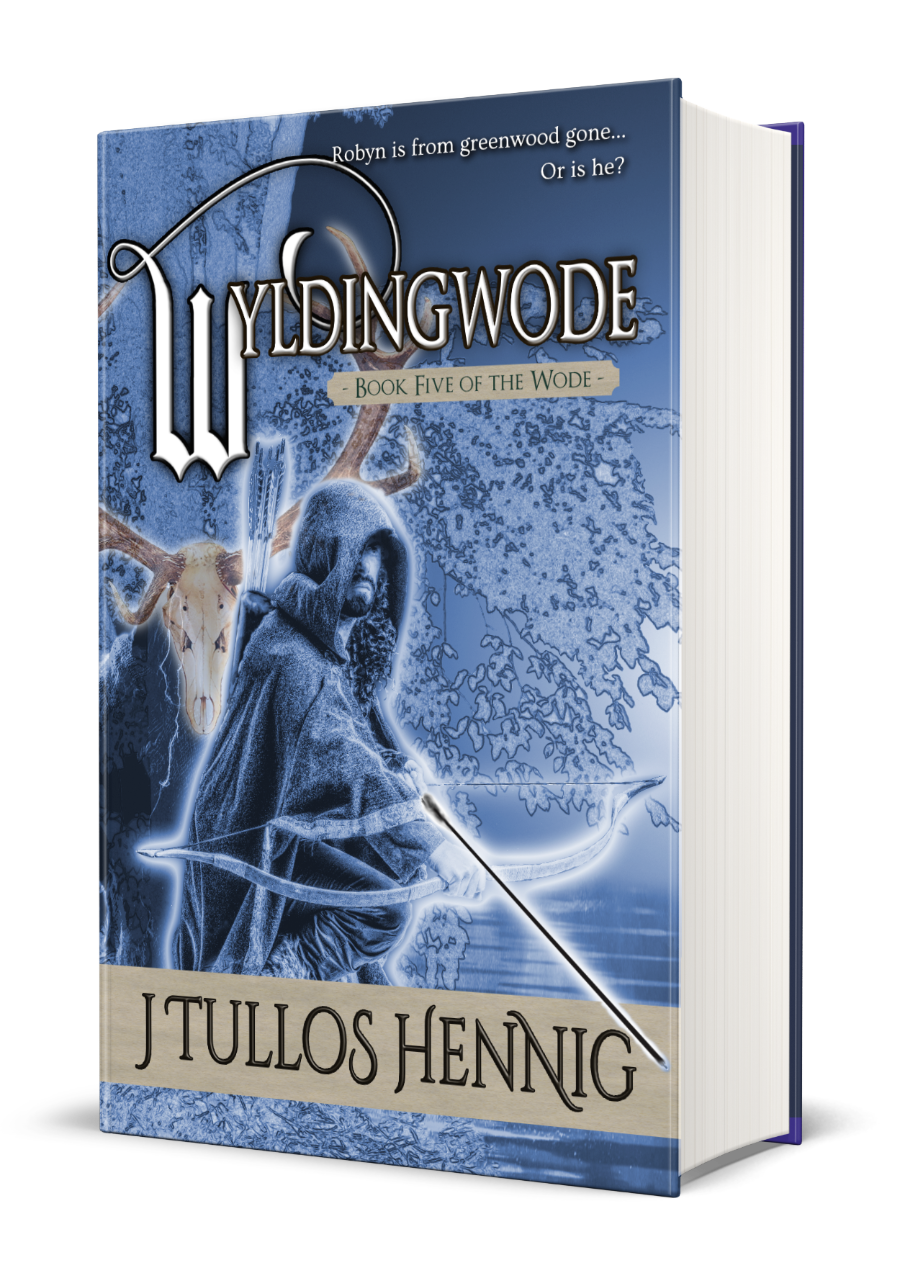