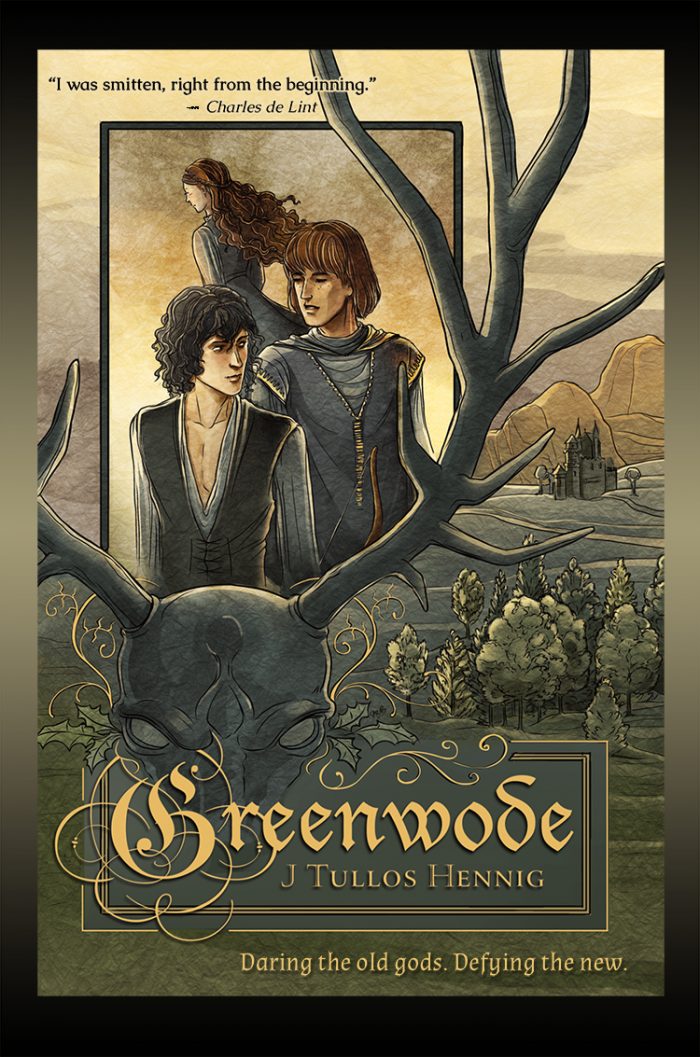 The making of a legend—and a truly innovative re-imagining of Robin Hood.

In a truly original take on the Robin Hood legends, this historical fantasy series sets Robin the outlaw archer as a queer, chaotic-neutral druid, Marion as pagan queen who is sister but not wife, and their consort a Christian–and thusly conflicted–nobleman.

Rob of Loxley and his older sister Marion have been groomed from birth to take their parents’ places within the Old Religion. Despite this, when Rob finds an injured nobleman’s son in the forest, neither he nor Marion understand what befriending young Gamelyn could mean for the future of their beliefs. Already the ancient spirits are fading beneath the iron of noblemen’s politics and the stones of Church subjugation. More, the druid elders warn that Rob and Gamelyn are cast as sworn adversaries, locked in timeless and symbolic struggle for the greenwood’s Maiden.
Instead, in a theological twist only a stroppy dissident could envision, Rob swears he’ll defend the sacred woodland of the Horned God and Lady Huntress to his last breath—if his god will let him be lover, not rival, to the one fated as his enemy.
But in the eyes of Gamelyn’s Church, sodomy is unthinkable… and the old pagan magics are an evil that must be vanquished.