A Preview:
Book Three of the Wode

“What do you mean, this en’t the first time?”

Robyn was still half-asleep and a bit tender behind the eyes from one too many mushroom caps; he’d been minding his own business and warming a pot of mulled cider. Amidst shivering. He’d woken up to a bloody cold, very empty bed.

Then Will had shown up, in a very bloody hurry, with his shoulders hunched around his ears, and had he a tail to tuck, it would have been tight-wrapped somewhere between his knob and his navel.

And right after that had Marion shown up, wielding Gamelyn’s sword like a stony-eyed angel threatening parishioners from the corner of some cathedral of the Christ.

However, instead of lighting into Will as she’d clearly wanted to do, she’d flown at Robyn and begun bloody chasing him all over camp with Gamelyn’s sword. All because Robyn had been half-asleep, and when she’d asked him if he’d set a watch on her, he’d been daft and told the truth.

He’d not even had a piss yet.

“What do you think I’m supposed to do? Let you wander the forest on your lonesome?” Robyn retreated to the other side of the fire, snatching at both his unlaced shirt and the fur nigh dragging it off his shoulders.

Not that it did any good; Marion just followed him. “Let me? Let me? Who do you th—”

“Don’t you ‘pet’ me—and what were you thinking? On second thought, you weren’t thinking! You were just assuming! Like you’ve t’ rights! Putting minders on me as if I were some child!”

David had already scooted out of the way, taking his precious iron utensils with him. Gilbert and Arthur dodged right, then left, then scattered as brother and sister darted around the hearth-fire, first one way, then the other.

“You en’t no child, but you’re a woman, and in case you’d not heard, these parts are filled with outlaws—Ow!” Robyn skipped sideways as she swung, and the flat of the blade smacked his thigh. “What’re you trying t’ do, geld me?”

“—like me goolies just where they are!” This time Robyn leapt over the fire. “What in hell are y’ doing with Gamelyn’s sword, anyw—Bloody damn, woman!” Robyn yipped as she swung again, too close for any comfort. He changed tactics. “Put that sword down! Right now, before y’ really do cut someone!”

“Stay still so I can whack you another one, you bloody great”—a lunge— “arrogant”—another dart—“knob!”

Robyn skittered sideways, took refuge against the huge trunk of the hazel sheltering much of the camp, and snatched up the only weapon he could muster—a staff.

Marion glared at him for one breath. Two.

Robyn raised the staff, glaring back.

None of the others dared to so much as twitch.

Marion stomped over, hefting the shamshir over her head. It came down, a glittering, curved arc. Robyn went staggering back against the hazel’s trunk, his staff cloven in two, and the sword’s curved blade rebounded against the root-laced ground with a sharp, nigh painful ring.

“Hoy! What in bloody hell are you doing to my sword?” It was Gamelyn’s voice.

Marion spun around, snapped out, “So, were you in on this too? Either of you?”

Robyn took part of his attention—only part, mind—from Marion. Gamelyn stood on the camp’s edge, fists clenched, and beside him stood Much, dusty with road dirt. Both seemed baffled.

Join the ring, mates. Robyn barely had time for the silent reply before Marion turned back on him and growled a curse surely no novice nun should know. In the next moment, Marion flung the sword down, turned on one heel, and stalked off.

Gamelyn cringed as his sword once again made contact with the hard, root-tangled ground.

The outlaws—those who happened to be in the wake of Marion’s passage—wisely scattered.

Robyn wasn’t considering wisdom or anything else; he lurched upright, started after.

Marion kept going, and Robyn kept following, and just before she reached the camp periphery, she whirled. Robyn nearly ran over her, halting just in time with the aid of some creative arm flailing and despite some clumsy foot sliding.

“Do not,” Marion growled, “bloody follow me!” And she stomped off into the trees.

More silence, punctuated by a huge sigh of relief from Will.

It was a mistake.

“I told you!” Robyn rounded on Will. “Told you this would happen, did you not mind what I said and go aft—”

“I en’t the one as is allus going after, and you know it!” Will snapped back, with a venomous look in Much’s direction. “This weren’t my fau—”

“It never is, Scathelock, but you followed her this time, aye? And just like I said, you were a great lumbering pillock and she saw you.”

“Or mayhap she prefers you to follow her!” Gilbert tried to joke.

That was a mistake as well. It was Will’s turn, this time, to round on Gilbert and hiss,

“Bloody fucking damn, William.” Robyn stalked over and shoved at him. “It’s not like I en’t had eno—”

“You followed Marion?” Gamelyn interrupted. It was soft, almost colourless in tone—which was no doubt why it penetrated Robyn’s growl of accusation. “Tonight? To Barrow Mere?”

An uneasy silence followed; none of the outlaws took that place lightly.

“Aye, I did!” Will broke it, defiant, and tucked his chin not unlike an angry bull. “What of it? I should think I’ve more rights there than any bloody Templar!”

Barrow Mere. Robyn narrowed his eyes, put off and puzzled. Will was on the defensive, no question, and Gamelyn… well, he was proper brassed off, because when Gamelyn did get that offended, you’d never see it in those flat eyes, but the blood would rush beneath his skin until all the freckles disappeared and his face turned into a bloody coppery idol.

Robyn decided that was enough of that, here and now. He strode into their sight line—Gamelyn was still having a cold-blooded seethe at Will, whose own glare surely belonged on the business end of a crossbow—scowled at both of them, and crossed his arms.

Much’s gaze darted to Gamelyn, then he tipped Robyn a reassuring nod. “He’s well enough. No doubt having a bite and flagon of ale at the inn. We thought it best he stay near the trouvère, considering.”

“Aye. There’s a few more branches to this tree. As we figured.” Much flicked another glance at Gamelyn, now peering into what seemed to be thin air, then Will, red-faced and muttering at the ground, then the others, still scattered in Marion’s wake. “Looks to me like we could all use a good stiff drink, at that.” 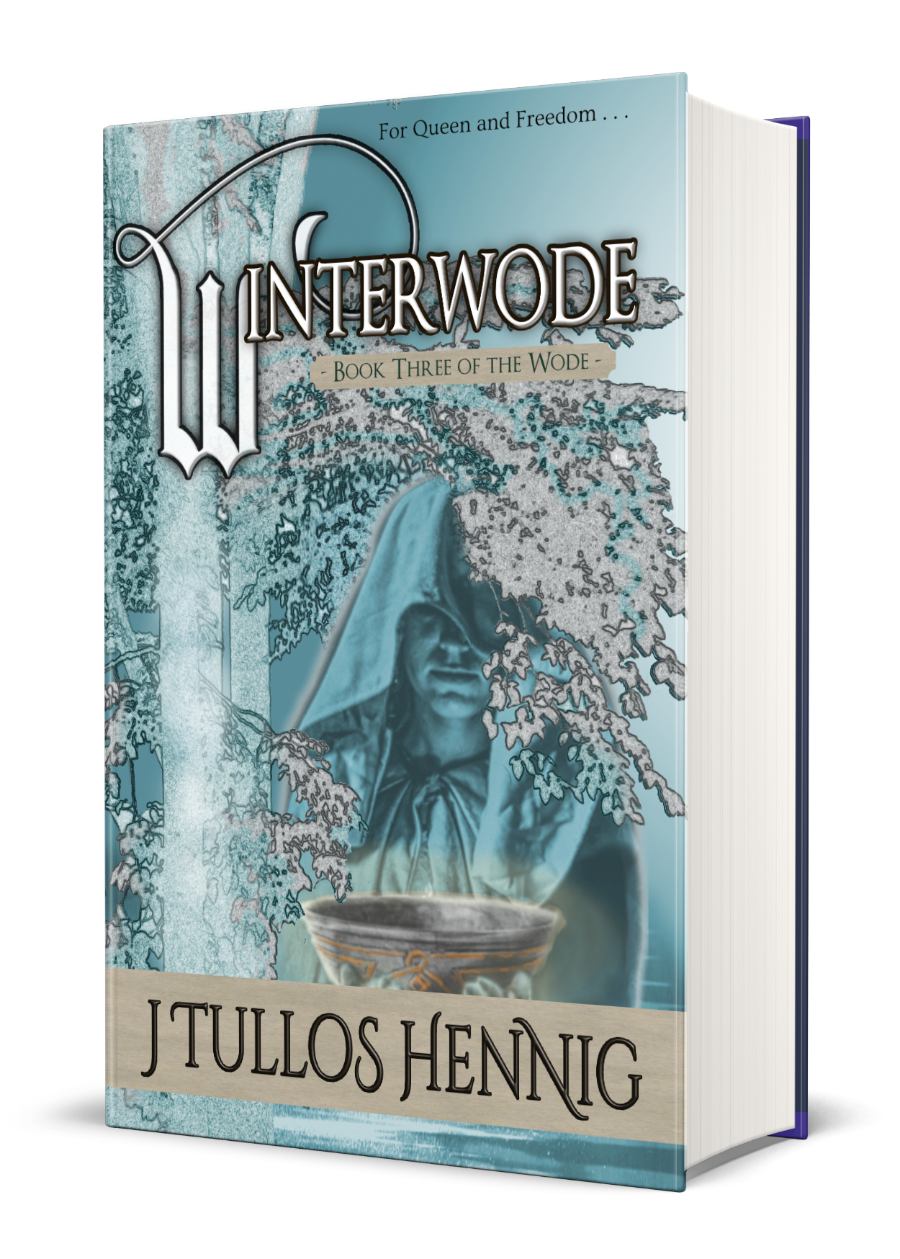